You are here: Home / Councillors

Elections to the Parish Council were held on Thursday 6 May 2021. The City of Durham Parish Council is made up of 15 elected Councillors representing three wards: 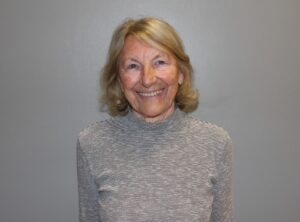 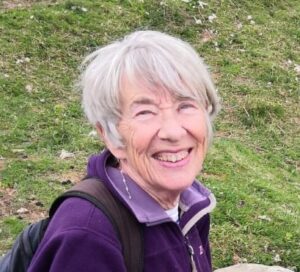 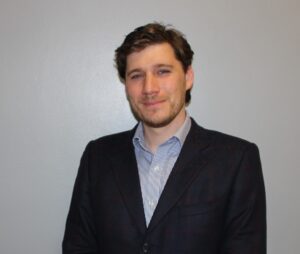 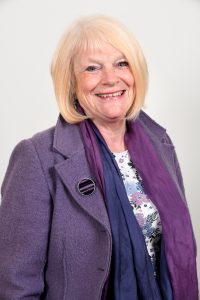 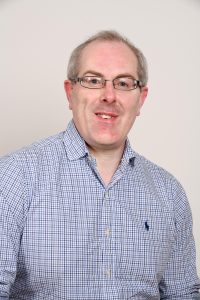 David has lived in Durham all his life attending Neville’s Cross school, Durham Johnston school and New College, Durham before going to Leeds University. He has worked in local government in Durham and Gateshead as well as in various government department in the region. He is presently a civil servant at HM Passport Office in the city centre where he is also a union representative. For many years he served in the Army Reserve in the 7th (Durham) Battalion the Light Infantry based at Gilesgate.

He has been a city centre councillor since 2003, first on the previous City of Durham Council and since 2005 on Durham County Council where he is a key opposition councillor. He has particularly focused on planning in the city and has for 16 years been on the council’s planning committees where he has a record of opposing the many poor planning applications in the city. His other main focus has been on preserving the city’s green spaces and play areas. Along with his County Council ward colleague Richard Ormerod he was able to ensure all the area’s 5 play areas were improved and at Wharton Park that a £3million renovation took place. 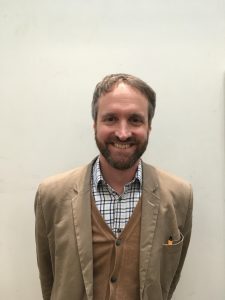 Richard moved to Durham from Burnley in Lancashire in 1996, and liked it so much he has stayed ever since!
Richard is married to Amanda and together they have two children who attend Durham Johnston and St Margaret’s schools. Richard lives in Durham City, is a vegan and supports all law-abiding animal welfare groups.
Richard’s “day job” is in Northallerton, in home-to-school transport. He previously worked in the telecommunications, printing and music industries.
Richard has been a County Councillor for the Elvet & Gilesgate division since 2013 and before that was a Parish Councillor in Brandon & Byshottles.
Alongside Cllr David Freeman, Richard has worked hard to get improvements to the area, especially to the play areas and the historic city centre.
Richard is a member of the Ethics Committee at the Department of Psychology at Durham University.
More recently, Richard has taken up a role as a governor at St Oswald’s Primary School in Durham, which is the only state school in his Ward.
Richard is keen to protect the historic city of Durham, whilst ensuring that it has a vibrant future. Richard is particularly keen to assist local small businesses wherever he can. 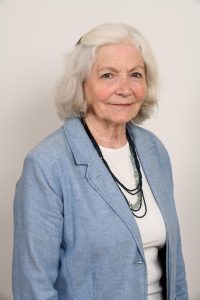 Esther came to Durham in 1966, watched her daughters grow up here and has a teenage granddaughter at a local school. She’s been involved in city council and community activities since the mid 70’s when, as a councillor for St Nicholas Ward, she campaigned for city centre pedestrianisation.
Having worked as a lab technician and veterinary nurse she then graduated as a mature student at Portsmouth Technical College and met her husband on a British Council sponsored student tour to the USSR in 1964. She later studied and lectured at New College and strongly believes in the role F.E. can play in changing lives. As a scientist with postgraduate qualifications in remedial and therapeutic education she taught for many years in schools around the County. She was also, for many years, a primary school governor.
Since retiring she’s been a member of Durham Area Action Partnership’s Forum and City Centre Task & Finish Group. She was a founding member and coordinator for several years of Durham Pointers. She is a long-standing member of St Nicholas Community Forum and believes that community groups like this, properly organised and well informed, need to be valued as the bedrock of local democracy. 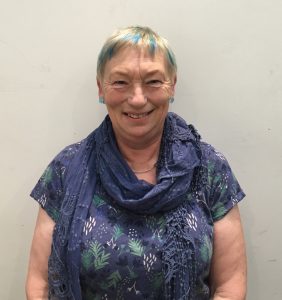 Liz was born and grew up in Durham City, 200m away from where she now lives. Liz went to University in Manchester where she helped set up a restaurant on cooperative lines in the city centre and got involved in the fledgling music scene. After leaving university, Liz went to London and worked at the BBC. Liz returned to Durham in 1985, married her husband and had four children; all of whom went to Neville’s Cross and then the Johnston schools. At this time, Liz was involved with the NCT and running the local playgroup. Liz then went to Houghall College and gained an RHS diploma in horticulture, set up her own gardening business and worked part time at Houghall Garden Centre for a couple of years. Liz then started work as nursery manager at Lionmouth Rural Centre which works with adults with learning difficulties and mental health problems
Liz has always had an interest in local issues, which led her to stand for election as County Councillor in 2017 and then as Parish Councillor in 2018. Liz likes to think that Cllr Elizabeth Scott and she have made a difference in Neville’s Cross and she hopes to continue doing so. 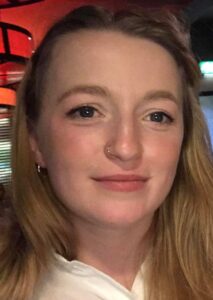 Nicola was born and brought up in Neville’s Cross, attending Nevilles Cross Primary and Durham Johnson School. Since leaving school Nicola has worked in the hospitality industry, starting off as a waitress at the Pump House (as was) in Shincliffe and then moving on to manage the Head of Steam in Durham and latterly Whitechurch on Church Street. Nicola is Vice Chair of the Parish Council’s Licensing Committee and is an active member of the Parish Council. 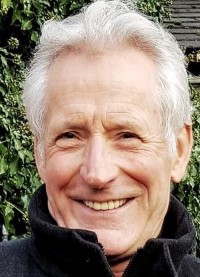 Alan Doig was brought up in Castle Eden, outside Durham, and completed a postgraduate course in Durham University’s Politics Department. In 2001, he came back to live in the City where his family still lived. He taught to the University of Teesside and holds an honorary appointment at the Newcastle Business School, Northumbria University. He has been a Board member of the Standards Board for England and still works in the area of public ethics. He is Trustee of the Neville’s Cross Community Association. 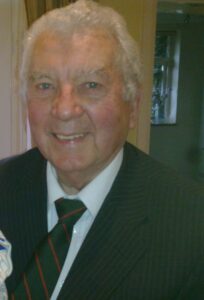 Councillor Dr Grenville Holland is married to Olive and has lived in Durham City for 55 years. They have 3 sons and 3 grandchildren. He was educated at Oxford and Yale and joined the staff of the Department of Geology (now Earth Sciences) in 1965. Coupled to his teaching and administrative duties, for the next 40 years Grenville’s research enabled him to work with NASA on the Apollo Space programme analysing Moon rocks (1967-77) and his wider research interests took him to several overseas destinations: the West Indies, Canada, Australia, South Africa, Sri Lanka, India, Kashmir and Hungary. He was also invited by the students to become President of Durham University Cricket Club and for 34 years he mentored over 50 Test and county cricketers including 2 England captains, Hussain and Strauss, while their teams won national and international awards. In 1981, when working in Sri Lanka, he became a founder member of the SDP. In 1987 he was elected as a District councillor for the Framwelgate ward and has been a councillor ever since, serving with the County Council (Neville’s Cross division) from 2009 until 2017 and Durham City Parish Council since its inception in 2018. In 2008 he was made Mayor of Durham City. 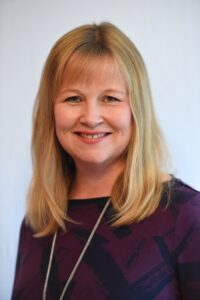 Elizabeth has represented the Neville’s Cross Ward on the County Council since 2017 and was elected as a Parish Councillor is May 2018.
Elizabeth sits on the Personnel, Finance and Business Committee of the Parish Council. Her professional background is in economic development and she currently runs her own business specialising in emotional wellbeing.
She has lived in Durham for most of her life and currently lives on a small farm on the outskirts of Durham City with her husband and four children. She is currently a Governor at the Durham Johnston school and is the past Chair of the Friends of St Margaret’s school.
Elizabeth is passionate about Durham and wants to see the city become a better place to live and work and is keen to see the local economy thrive. She is also keen to support local organisations who are making a difference in the lives of Durham’s residents and especially those who support the most vulnerable in society. 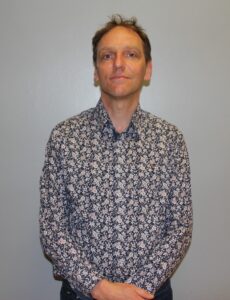 Rupert arrived in Durham with his partner Claire and their recently-born first daughter at the end of 2008. His second daughter was born here and through the two kids he has been connected to two of the great schools Durham has to offer. Over the past ten years he worked as a manager in the Newcastle-based global peace education charity CISV International. Having moved to the UK in 2005 whilst finalizing his PhD, he went on to teach Development Geography at Sheffield University (2007-2008) and Environmental Management at Manchester Metropolitan University (2008-2010), followed by tutoring a politics module at Durham University (2010-2011). He completed his undergraduate and postgraduate studies at Hohenheim University, Germany, from where he also gained his PhD based on fieldwork carried out in rural uplands Vietnam. He is honoured and thrilled to be elected to the City of Durham Parish Council by the residents of the Neville’s Cross ward and is committed to help make Durham city live up to the challenges of the climate emergency, conserving its natural and historic beauty and making it a welcoming and thriving city that works for all. 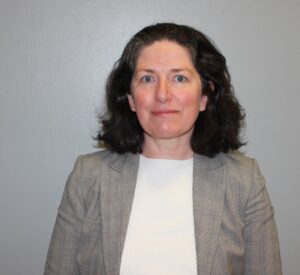